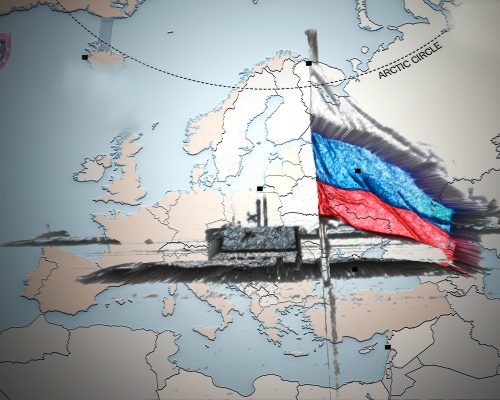 Russian SSBNs, currently under an ambitious programme of modernization that includes the construction of 8 new SSBNs, the heart of nuclear deterrence, sail from here into the Atlantic and Arctic oceans. Above all, the Northern Fleet protect these precious weapons. Russia’s nuclear deterrent requires control of the coastal seas near Murmansk and Arkhangelsk, so her nuclear ballistic missile submarines can cruise in safety. That was crucial in soviet times and remains so up to this day, and directly affects the Russian deployment and policy in the arctic region.

A second important mission, and a relatively new one, seems to be securing economic resources and enforce Russia’s presence in the area.

Although smaller than in soviet times, the current Northern Fleet also maintains a certain level of threat to NATO’s Atlantic lifelines, so this is would be a third, less important mission for Russia’s Northern Fleet .