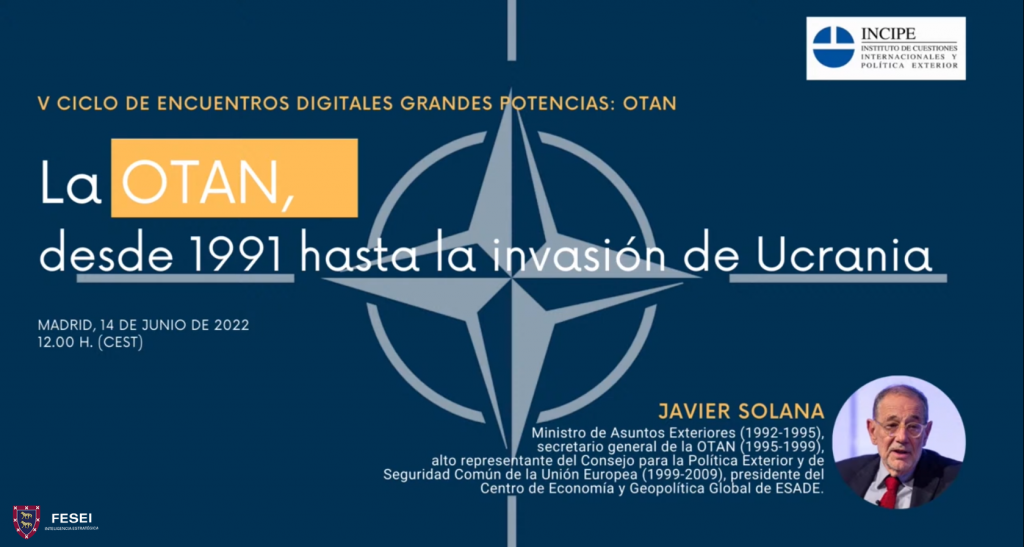 Conference by Mr. Javier Solana on NATO FESEI had the opportunity to attend a Conference on the evolution of NATO from 1991 to the present, given by D. Javier Solana, a leading international Spanish politician, diplomat and academic. Throughout the exhibition, very interesting points were discussed on the relationship between NATO and Russia from the 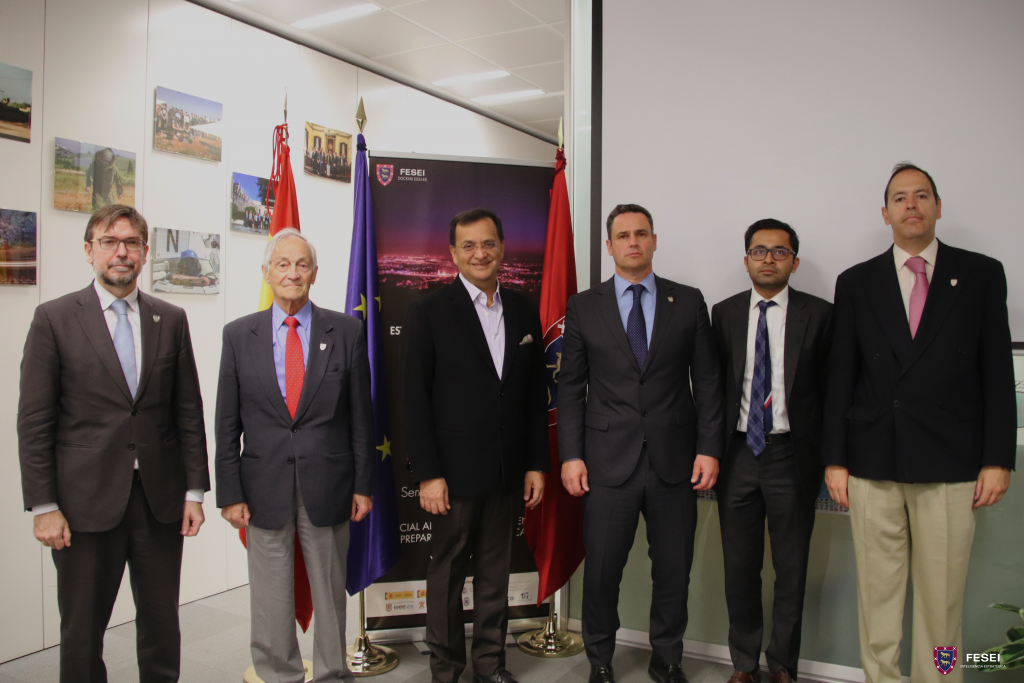 Visit of the Mr. Ambassador of the Republic of India 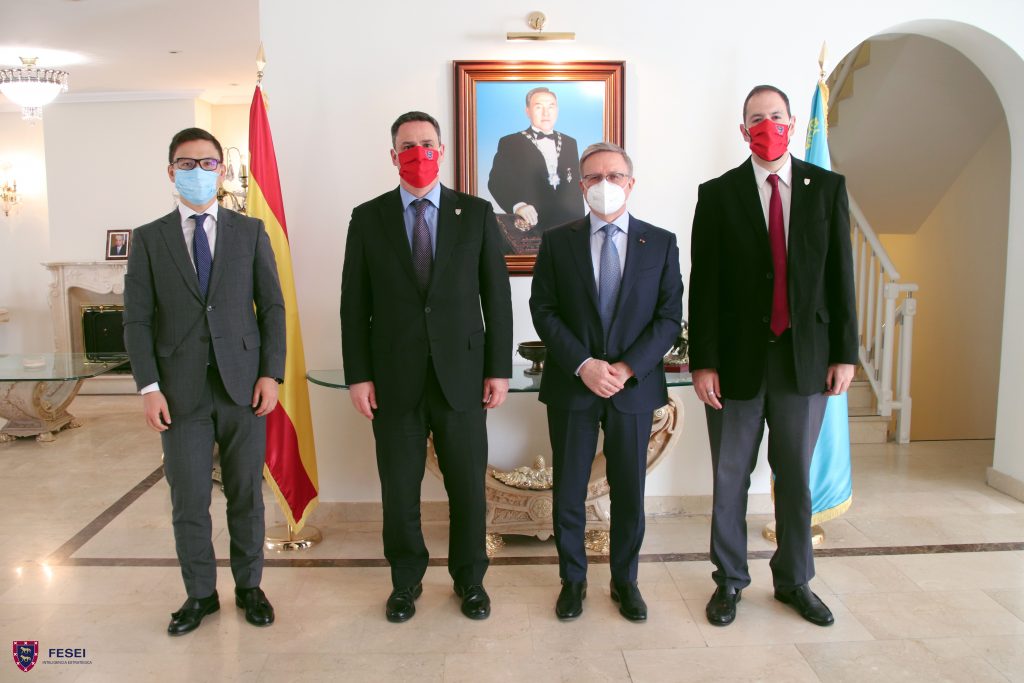 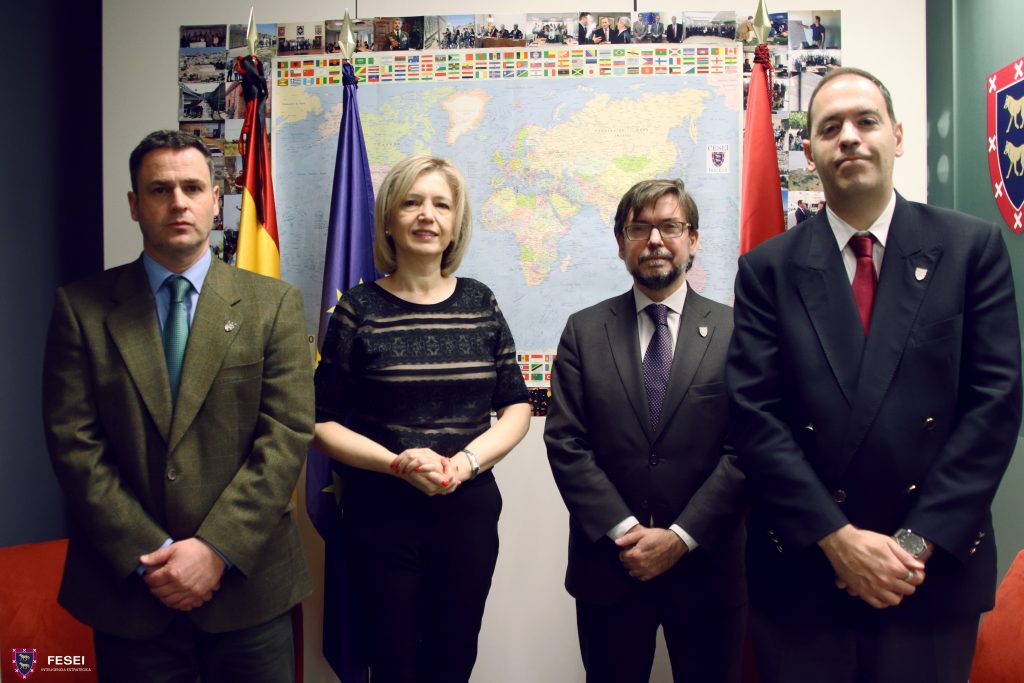 Meeting with Bosnia & Herzegovina´s Ambassador Yesterday, on March 3, The Foundation for Strategic and International Studies had the pleasure to welcome H.E. Ms. Danka Savic, the Ambassador of Bosnia & Herzegovina to Spain. In the course of the meeting, several interesting topics were discussed, such as the organisation of a conference of H.E. Ambassador 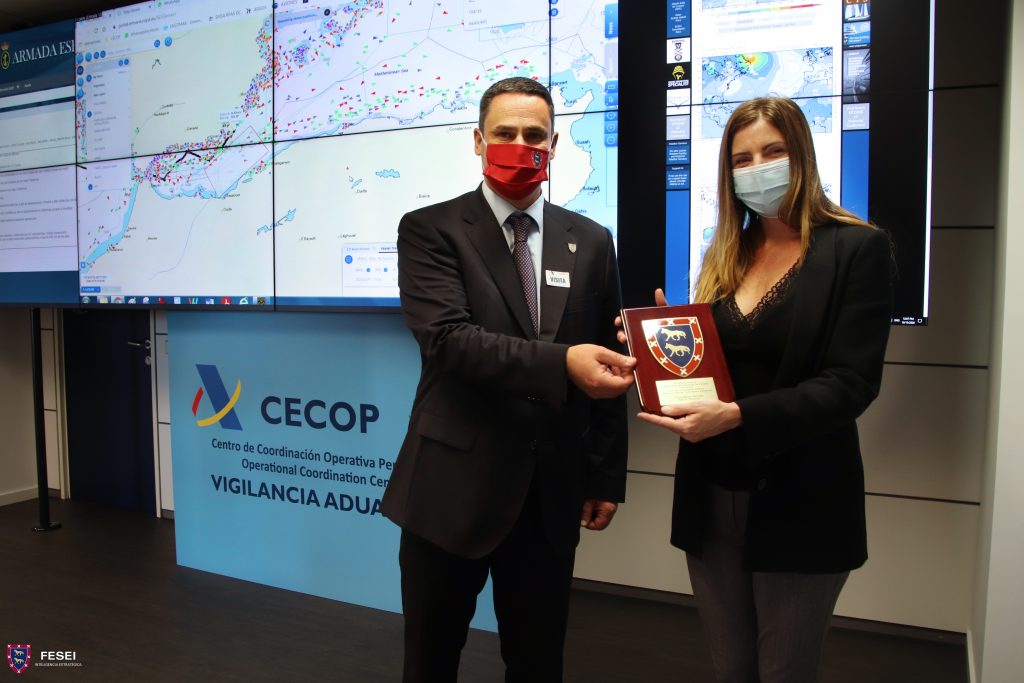 Today, October 15, 2020, the Director of FESEI, Miguel Álvarez de Eulate y Moreno, delivered a metope of gratitude for the participation in the Foundation's Summer School to Ms. Laura Rebollo Villarino, Head of the Aeronaval Operations Area and the Permanent Operational Coordination Center (CECOP), of the General Subdirectorate of Operations of the Customs Surveillance 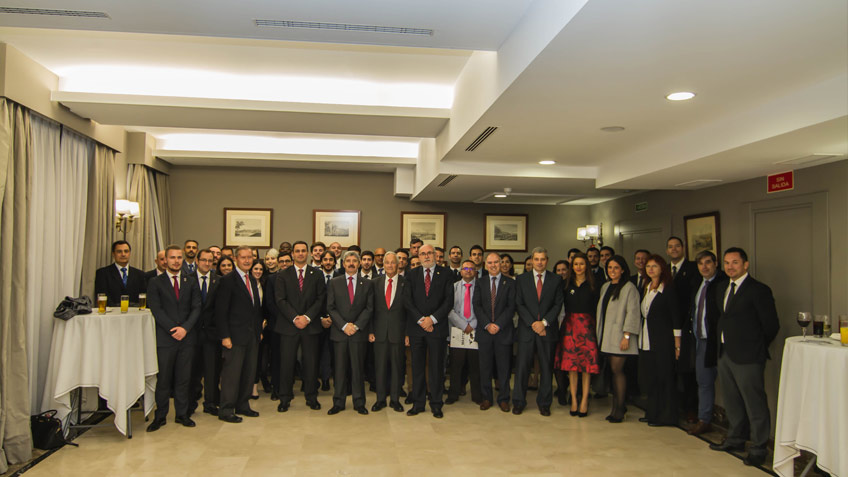 Opening ceremony of the “Master on Leadership, Diplomacy and Intelligence”. VIII Promotion. 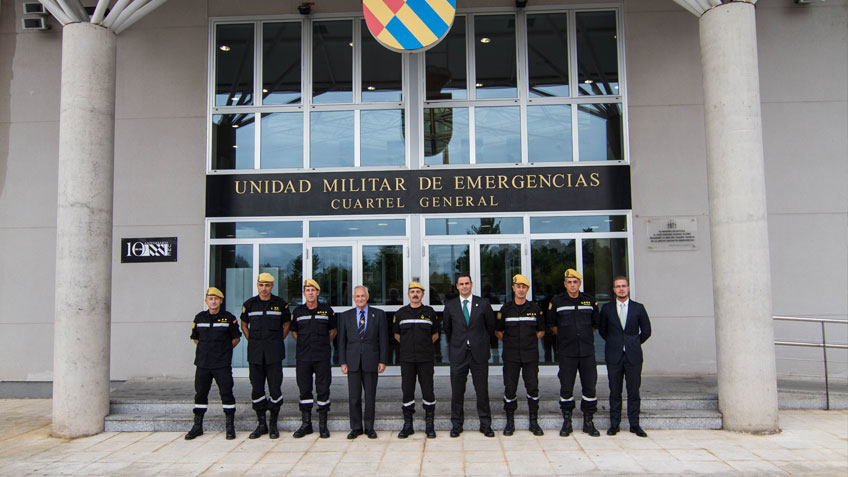 We signed a collaboration agreement with the Emergency Military Unit and the Ministry of Defense. 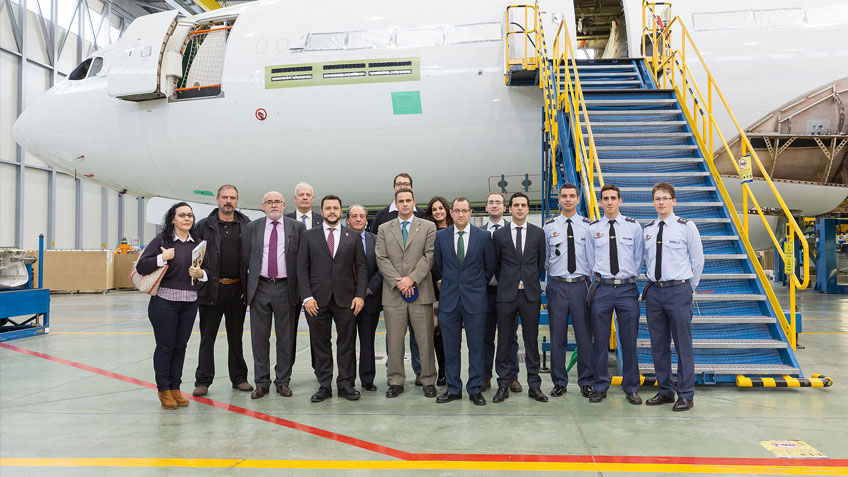 On October 20th 2016, a group of pupils of the Master on Leadership, Diplomacy and Intelligence, VII Promotion, visited the AIRBUS facilities in Getafe. 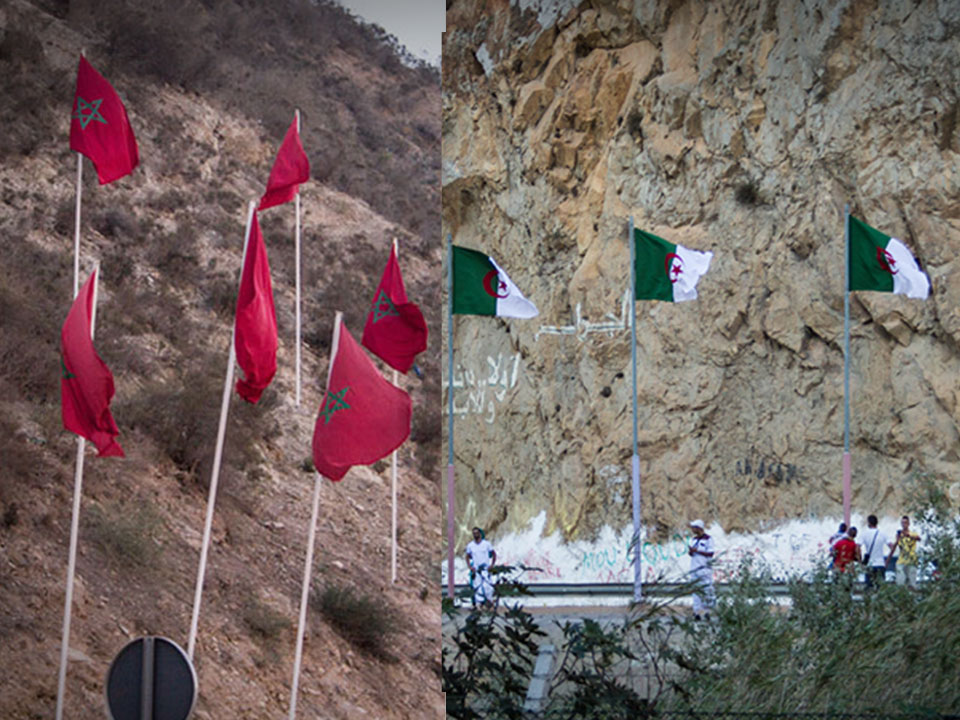 A delegation of the Foundation of Strategic and International Studies, completed a trip to Morocco in order to analyze the border area with Algeria. 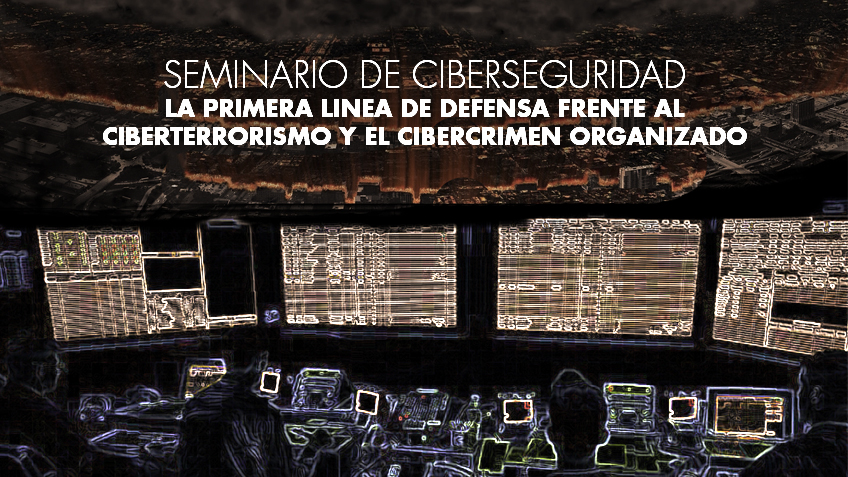 The Cyber defense involves all the Internet users. Nevertheless, the personnel qualified to understand the problem and its aftereffects, is relatively scarce. In fact, the cybercrime feeds itself with “normal“ users that do not possess the knowledge adapted to face to these threats.